What Is In California's Fracked Wastewater?

Thanks to California’s disclosure law, we’re finding out what’s in fracking wastewater, and it ain’t pretty

Fracking Pits in Kern County, California
On so many issues, California is the green leader, showing other states how it should be done better. But better is not necessarily the same thing as flawless. Right now, California is doing a better job of regulating fracking than any other state that allows it — but, of course, many local activists would rather the state just banned it, as New York has.

The federal government doesn’t require fracking companies to disclose the chemicals they use in their operations, and it has failed to produce data on the safety of fracking. Five years after the U.S. EPA announced plans to study fracking’s effect on drinking water, industry resistance has thwarted the effort. It’s up to states to require fracking operations to disclose what chemicals they are using and to find out if those chemicals are getting into the public water supply when frackers inject their wastewater underground. Most state governments, beholden to fossil fuel interests, aren’t doing this.

In 2013, California Gov. Jerry Brown (D) signed a law requiring disclosure of chemicals used in fracking and setting up monitoring for air and water quality near unconventional drilling sites. No other state has adopted as comprehensive a system for finding out what’s actually in fracking wastewater. California environmental activists worry, though, that the law doesn’t go far enough in protecting against the adverse impacts of fracking, from polluting neighbors’ water and air to triggering increased seismic activity.

Still, information is better than nothing. On Tuesday, the Environmental Working Group released a report reviewing California’s implementation of the fracking disclosure law and what it has found. The group points out, “Because California is the only state to require comprehensive chemical testing of drilling wastes and public disclosure of the results, the findings also provide a unique window into what chemicals likely contaminate fracking wastewater nationwide.”

The good news is that California’s aquifers used for drinking water have not been contaminated by fracking wastewater — at least not that we know of yet. But the risk remains. Just last week, the state stopped some drilling because it was threatening drinking water sources. And yesterday, California officials admitted to an angry state Senate panel that they had not been effectively protecting water sources from fracking pollution. As the L.A. Times reports, “for years [state regulators] inadvertently allowed oil companies to inject wastewater — from fracking and other oil production operations — into hundreds of disposal wells in protected aquifers, a violation of federal law.”

Meanwhile, the really bad news is what’s in the fracking wastewater: a carcinogenic soup full of volatile organic compounds that have been associated elsewhere with an array of unpleasant health effects. We damn well don’t want this stuff anywhere near our drinking water. From the report:


Petroleum chemicals, heavy metals and radioactive elements, plus high levels of dissolved solids, are among the pollutants found in fracking wastewater samples tested under the new disclosure program.They include benzene, chromium-6, lead and arsenic — all listed under California’s Proposition 65 as causes of cancer or reproductive harm. Nearly every one of the 293 samples tested contained benzene at levels ranging from twice to more than 7,000 times the state drinking water standard. The wastewater also carried, on average, thousands of times more radioactive radium than the state’s public health goals consider safe, as well as elevated levels of potentially harmful ions such as nitrate and chloride.

In addition to the universal presence of benzene, the neurotoxin toluene was detected in 83 percent of samples. As residents of fracked communities can tell you, living near a gas well with those chemicals in the air may cause health problems from headaches and nausea to benign and malignant tumors.

While the information being provided in California is valuable — and worryingly absent elsewhere — the disclosure law isn’t being fully implemented. EWG found several shortcomings in the online database maintained by the state Division of Oil, Gas and Geothermal Resources (DOGGR). There are discrepancies in the approach to sampling and chemical analyses, and 31 records are missing.

EWG also finds that DOGGR is too slow to perform the analyses and that it isn’t collecting enough information about where the wastewater is dumped. That last point is especially critical. If fracking wastewater gets into the water supply, having good information about where it was dumped in the first place would be essential to responding. EWG writes, “As of January 2015, chemical analyses of wastewater from more than 100 fracking jobs completed in early 2014 were incomplete, listed as pending as much as a full year after the wells were fracked. … Drillers do not have to specify the exact injection well or sump pond where wastewater produced from a job was discarded. If a water supply is contaminated, this information would be key to identifying the company responsible.”

This is far from the first time DOGGR’s failures have been pointed out. In October, the San Francisco Chronicle reported on similar problems, such as oil companies submitting incomplete reports. Of course, if DOGGR got any more information, it would be even more overwhelmed. “The regulators,” the Chronicle writes, “don’t have enough staff to process all the reports they’ve received.” It doesn’t help that, according to state Sen. Fran Pavley (D), “DOGGR personnel continue to ignore the law and regulations.”

This is all another reminder that when it comes to protecting the public from rapacious corporations, passing a law is not the end of the struggle but just the beginning.

Posted by Advanced Scientific Health Information and News at 5:19 PM 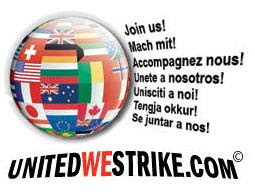 Living with a Contaminated Water, Well

Light Your Water On Fire from Gas Drilling 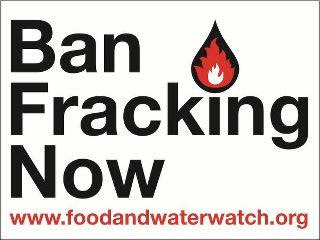 Food In YOUR Area

It Is Here NOW!

Join Us For
ONE MINUTE!